You asked for more agents and editors, so here they are! Pitchfest 2016 debuts Saturday, May 7, at the Riverside Hotel. Here's your chance to pitch your work to New York literary agents one-on-one, and learn from professional editors in the industry. There will be panel discussions throughout the day featuring inside tips on today's publishing world. But hurry! Interview slots are limited!

Registration includes 2 pitches agent, access to all panel discussions, the Friday evening cocktail reception where you can meet all the agents and editors, and a ticket to our Awards Luncheon on Saturday with guest speaker Shann Ray and where we'll announce the winners of our 2016 Writing Contest. Do not delay! Agent and Editor slots are first-come-first-served!

Click HERE for prices, details, and to register for this exciting event.
Guest Speaker 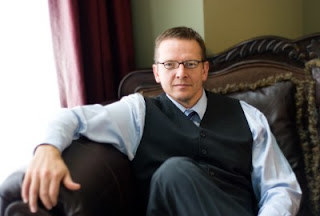 Kurestin Armada began her publishing career as an intern with Workman Publishing, and an assistant at The Lotts Agency before joining PS Literary. She holds a BA from Kenyon College in English, as well as a publishing certificate from Columbia University. Kurestin is based in New York City, and spends most of her time in the city's thriving indie bookstores. She reads widely across genres and is looking for good stories in all genres. She has a particular affection for science fiction and fantasy, books especially books that recognize and subvert typical tropes of genre fiction. She can be found on Twitter @kurestinarmada. 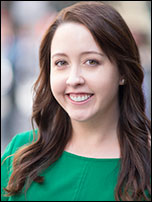 Jennifer Johnson-Blalock joined Liza Dawson Associates as an associate agent in 2015, having previously interned at LDA in 2013 before working as an agent's assistant at Trident Media Group. Jennifer graduated with honors from The University of Texas at Austin with a BA in English and earned a JD from Harvard Law School. Before interning at LDA, she practiced entertainment law and taught high school English and debate. Jennifer is looking for writers of narrative nonfiction and prescriptive, as well as commercial and upmarket fiction, especially thrillers / mysteries, women's fiction, contemporary romance, young adult , and middle grade. Follow her on Twitter @JJohnsonBlalock. 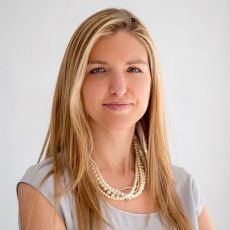 MacKenzie Fraser-Bub joined Howard Morhaim Literary Agency after two years at Trident Media Group. She represents a wide range of adult fiction and nonfiction projects and is most interested in women's fiction, romance, mysteries and thrillers, new adult, lifestyle, cookbooks, and narrative non-fiction with a pop culture bent. She shies away from paranormal, steampunk, and fantasy, and is generally not a fan of serial killers, zombies, robots, and aliens. MacKenzie previously worked in marketing and publishing at Touchstone Books (Simon and Schuster). Her intimate understanding of all aspects of publishing has led to a very hands-on approach to her clients' careers throughout the various stages of the publishing process. She is actively building her client list and is devoted to discovering new talent, as well as helping established authors increase their readership and build their careers. 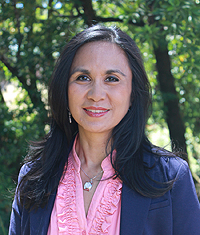 Lisa Abellera joined Kimberley Cameron and Associates in 2013 with a background in management, marketing, and finance. She leverages her business and marketing expertise to help authors navigate the complexities of publishing. She is excited to develop talented authors and help advance their careers. She is actively building her client list with both new and established authors. She is looking to form long-term, collaborative relationships with writers who are committed to putting forth their best work. Lisa responds to well-crafted prose with strong hooks and high personal stakes, to idiosyncratic, sympathetic characters, to a tangible sense of place, to multicultural aspects and international settings, to page-turning twists, and to emotionally immersive fiction that explores the human condition, especially within family and close relationships. She is seeking to represent upmarket fiction, women's fiction, historical fiction, mystery / suspense, speculative science or medical thrillers, science fiction, fantasy, NA, YA and middle grade. Lisa does not represent nonfiction, picture books, chapter books or screenplays.  Learn more at  http://www.kimberleycameron.com/lisa-abellera.php.

Noah Eaker is Executive Editor at Random House. Books he has edited include the New York Times bestseller The Tiger’s Wife by Téa Obreht – winner of the Women’s Prize and a National Book Award Finalist, Thunderstruck & Other Stories by Elizabeth McCracken – winner of The Story Prize and longlisted for the National Book Award, and Son of a Gun by Justin St. Germain, winner of the Barnes & Noble Discover Great New Writers Award for Nonfiction. Authors he he has worked with include Kelly Link, Hisham Matar, David Mitchell, Graham Moore, Julia Pierpont, Josh Ritter, Katie Roiphe, Haley Tanner and Hannah Tinti. 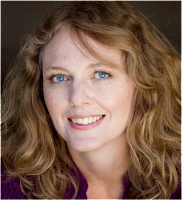 I am an experienced trade book publisher with expertise in fiction and nonfiction, including New York Times bestsellers. I have worked with a diverse range of publishers, including HarperCollins Publishers, Guideposts Books, Plume, Macmillan, Black Dog & Leventhal, Los Angeles County Musuem of Art Publications, and Reader's Digest Trade Publishing. I have successfully acquired and shepherded projects from concept to bound book, and am passionate about working with authors, both traditionally published and independently published. I enjoy working on commercial and literary fiction, narrative nonfiction, including memoir and inspirational works, and practical reference. I'm always thrilled when I can help writers bring forth their best work. Learn more at  http://www.fionahallowell.com/. 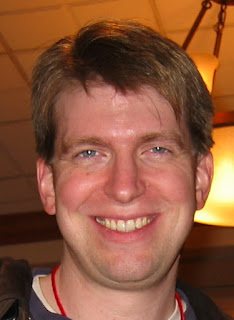 John Helfers works as a freelance author and editor in Green Bay, Wisconsin. During his eighteen years working at Tekno Books (the largest commercial book packager in the nation), he co-edited twenty original short story anthologies, and oversaw the production of more than two hundred original and reprint volumes in all genres. He's worked with many bestselling authors and co-editors, including Lawrence Block, Lee Child, Larry Bond, Elizabeth George, Dale Brown, Stephen Coonts, Nelson DeMille, Charlaine Harris, John Jakes, Anne Perry, Jeffery Deaver, Michael Connelly, Walter J . Boyne, Harold W. Coyle, Mercedes Lackey, Robert Silverberg, Margaret Weis, Kevin J. Anderson, Ice-T, Richard Belzer, and Max Allan Collins. He has Also edited more than one hundred novels by such authors Doug Allyn, Brendan DuBois, James Patrick Hunt, Brian Herbert, Jean Rabe, and Tim Waggoner.  He has also published more than fifty short stories, and written both fiction and nonfiction, including the third novel in the first authorized trilogy based on The Twilight Zone ™ television series, the YA novel Tom Clancy's Net Force Explorers ™:. Cloak and Dagger, and the history of the United States Navy. His essays on the military have appeared in Beyond Shock and Awe, edited by US Navy SEAL founder Eric Haney, and in the How to Lose a Battle and Civil War and World War II volumes of the How to Lose the War series, edited by Bill Fawcett. He's also appeared on writing and editorial panels at national conventions, including Dragoncon, Gen Con, and the Worldcon. 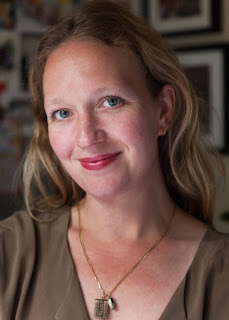 I Began my publishing career as an assistant at the Sandra Dijkstra Literary Agency in Del Mar, California. After living and teaching in Aix-en-Provence, France, and managing a clothing store in Carmel, California I moved to New York to work as an editorial assistant for the Crown Publishing Group (Random House). I worked for Random House for five years and was offered the job of Senior Editor at Simon & Schuster's Touchstone imprint. When I had my son in 2013, my husband and I made ​​the decision to move back to California to be closer to our families.  Today, I edit adult and young adult fiction, particularly with emphasis on historical fiction, women's fiction, literary fiction, and thrillers. Learn more at http://heatherlazare.com/.
Email ThisBlogThis!Share to TwitterShare to FacebookShare to Pinterest

Proud Sponsor of the Learning Lab